The way Tim Wu is presenting the internet’s future is quite daunting, an internet that is no longer open and free for all but controlled by commercial entities like Google, AT&T or even Steve Jobs. This a truly grim picture of our future.

His book The Master Switch starts with a description of the “Miracle” of wireless phone, an invention made by AT&T in the 1960 and brought them the market dominance for years to come. it also stands out that the way communication was handled in america those days was in the spirit of UFO and Spaceships, less in the spirit of technology and achievement that we have today.

Fears expressed in his book are partially intimidating, when our recent history shows us how governments just shut the internet down partially or fully as in Egypt and China. This is a fear inspiring book to read which raised a question in my mind, is the future of the internet to be controlled in this way? are we stepping in the verge of the end of information flow and freedom of speech?

I have a feeling that the Author is abusing our innate fear of technology and big companies to instill fear into us. he also abuses the lack of knowledge about the internet structure, making people think it is that easy to just shut it down in places where there is no single point of entry controlled by a single entity. The case of China, Egypt, Libia, Syria and Yemen is the latter one where the backbone connection is through a single junction controlled by the national company of telecommunication.

But the trut is that when you are aware of initiatives like http://buythissatellite.org/ making the access to the internet pat of your basic rights, you get the picture that this Master Switch is nowhere to be found and that information accessibility is becoming that basic human right.

No i am not covering my head in the sand screaming your wrong. i am just opening my mind and looking at the world with the highest resolution i can get. the way it looks in the more modern world it seems that with the rate of adoption of network technology the future is open and may i dare to say free. We will institute the internet as part of the basic human necessities, as education should be, some where in the future. 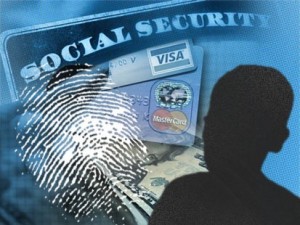 Rumor or not, google is going to fight the social network market. its not an obvious reason of why they are doing it for the third time. The value of the social networks is only starting to emerge in Facebook and that is also debatable over what is the next phase there. it seems the fight here is not about the social network side of things, nor it is over the direct monetary value though its growing and can become huge.

The way Facebook is distributing its resources in login API, restore identities to the rightful owner and expanding the identity attributes and security settings, makes me ponder what is the value in that?

Looking at the WWW space there is some thing missing, some thing that no government will be happy to expose. its the identity management system, there is no way i can prove online who i am through any government institute. they give me my identity card and that is it. though in some countries you are needed to use your ID when making a transaction with a credit card over the internet it is still not a very robust way to achieve identification.

Facebook is attempting to get to the status of WWW Land identity management company/organisation, something only governments do in the real world. this indicates to me that the real social network value is not short term capitalization like advertisement or social marketplace but in the identity management of the WWW Land.

But wait!! what is the value in that? well, ask AMEX/VISA or any other identity theft fighting company that will tell you how much they spend a year figuring out who is a legit person. How about making that donation on every transaction to Google or Facebook?

Google probably know this and are making their efforts to create an easy to adopt alternative to Facebook, that said they have not been ultra-successful in doing such and are losing ground, and people, to Facebook’s new buzz words like Social Marketplace (did i hear ebay and amazon?).

What do you think?

As my son will put it it is very very very very sad, seeing this great service suffering from this problem. and sadder to see all the services around it fearing their livelihood.
Hope it gets back up quick this time as it is not a welcomed crash.
The reason is unclear at the moment as to shy it is down but it seems to be a big thing as oppose to the quick drops from the past.
Time will tell what effect it will have on trust and especially of transition into buzz the main competitor. 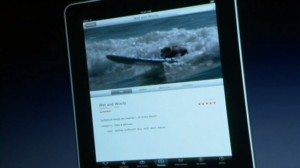 The new Apple iPad was titled the new way to produce content.
But that seemed a bit far fetched considering the configuration and hardware spec, no camera for instance.
Everyone quickly realized that this new media ‘tool’ is for consuming content, loads and loads of types of rich media will be my bet.
Yes it has the potential of a book reader but lets face it, LED display is not good for book reading its good for movie watching.
looking at all the information around i think we missed the big picture.
Apple business path is missing in most of the talks and the focus is on the purchasers and what will you be able to do with iPad or the ways it will be delivered.
Apple in my opinion is looking for the new iPhone trick.
if you are not aware of the iPhone trick i will elaborate a bit, when the iPhone came out Apple bundled it with a store, the application store, this step was based on the success of the iTunes store when the iPod ruled the world.
The business move was to diminish the telephones company to a mere pipe supplying Apples content to the Apple hardware, the traditional way was that the phone company sold you the content and not the phone manufacturer. Apple turn the table and AT&T were pissed, they now lost a big margin and have to upgrade the hardware to support the traffic, but they got loads of money for that data traffic.

Nokia tried and failed the iPhone trick with the Nokia Store, it never soared to the heights of the App Store, my quick guess is that they were not strict about the production of software and the location of its sales to their store like Apple did and that doomed the store as useless.

iPad is looking like the second try of Apple over the Networks, after the failure of the Apple TV Steve jobs probably wondered how to get his way in controlling another retail channel.
iTunes is a great platform to support the purcahse/rental of movies but it never had the hardware counterpart to elevate it up to the level of a network.
There were always movies/tv shows to be purchased out of the iTunes store but this has never been a big segment of the store.
last year apple sold around 3 billion songs compared with the mere 5 million videos.

iPad will change this, its the best video mobile device, big 9.7 inches LED backlit display, 10 hours of watching video and 16-64GB of storage.
The video interface is great.
The price is reasonable.
What else can you wish for?

You probably could but this is not the place… talk to Steve and while you at it remind him the MacBook Pro update.

Lets hope that the networks wont find out that most of their grays anatomy/desperate housewifes fans got the iPad and are buying the show from the iTunes Store now and loving it.

A few things to make this a true success will be to introduce subscriptions to the iTunes store like you have in your local cable company. this will be the nail in the coffin for both the networks and the Tivos out there.

This second take on the networks makes AT&T smile ( scream is more like it ), Steve Jobs promise for more traffic then they can dream of is just around the corner.

I have to also correct my standing over the iPad, i though this is another MacBook Air flop but i think its not going to be that.
As for the flash support, enough was said but my 2c on the subject are that its not relevant for a media tablet and that the performance/heat that will be produced by supporting flash will render te iPad useless. taking into an affect the business plan i just thought of i think it makes sense not to support flash as it is not going to support the business.

There is another option for the video distribution and that is YouTube with a premium flavor, it could happen though apple are too centric to let it happen.