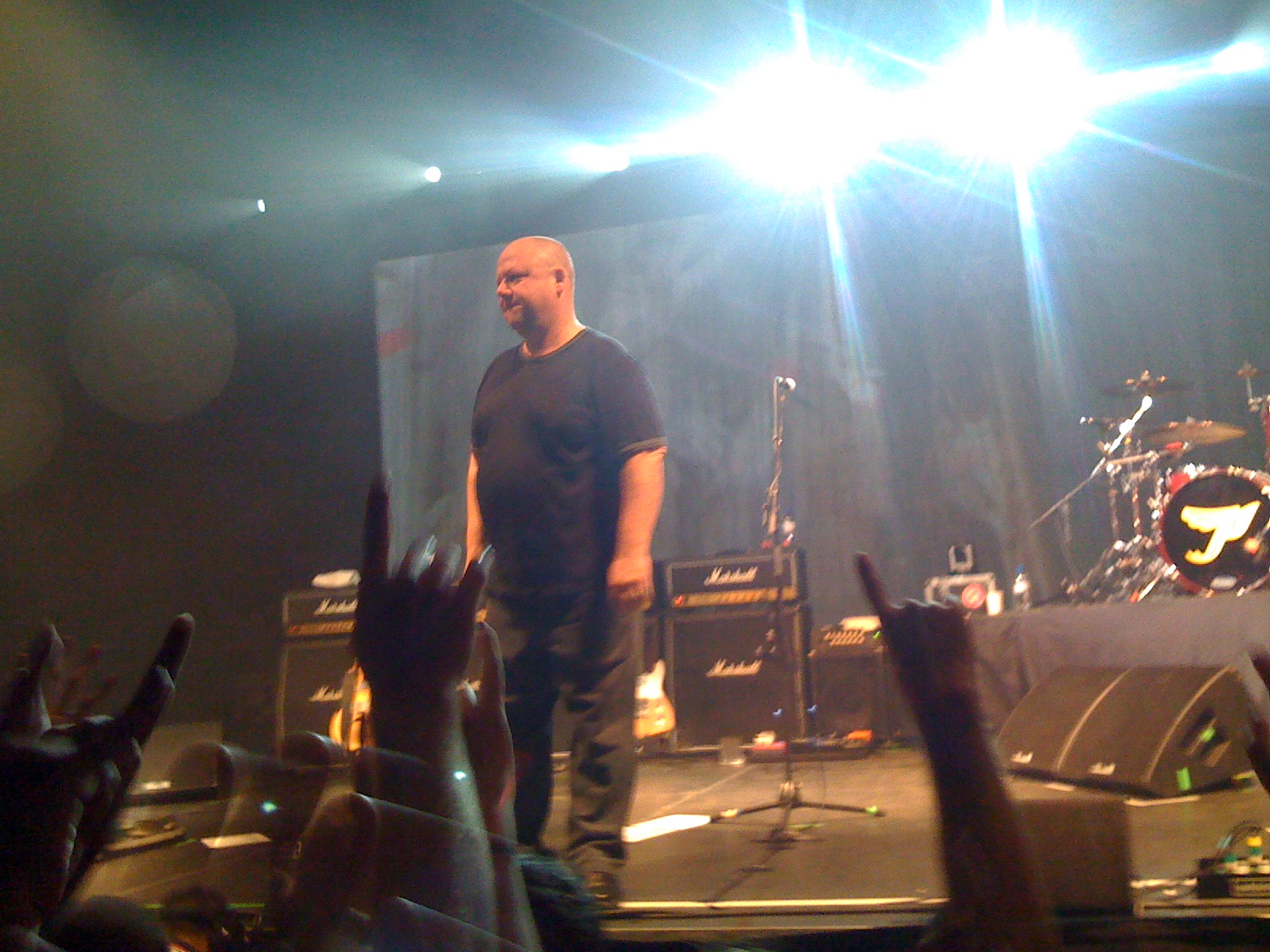 Going to the Pixies show the other day made me ponder over what makes a good band or breaks a band like the warm-up show The Art who were on the verge of leaving the stage after the second song due to remarks from the crowd.

The line of thought was made during the boring show of The Art as it was a really interesting view, been on stage many times you could see the delicate relationships and feelings in the band. they are all good friends and have been too close for some time. The lead singer was mimicking the style of Jim Morrison, and the guitarist was kind of out of focus, they had a girl basist who was sure she was a top model and the drummer was hardly hitting the drums the first half of the show. all of this got my brain waves flowing having nothing better to do.

I will skipped the initial stages bands are formed in favor for the later success sections, these echoed much clearer in my mind as startup related.
usually when a band is starting to become known it has some line of thought that is quite common, and there are some thought processes that sound and look similar to the ones in startup.

Material is the world and the guitar solo needs to be AWOSOME!

If the band has a very good material with a great proposition the band performance is not a variable you want to measure as this does not contribute to the bands success, you can ask Sid Vicious.
On the other hand if they offer the same material with similar content they must perform great if not awesome to succeed in penetrating the mass.
This might be in relevancy to the startup and its environment, if the idea is really unique and has something that no other provider offers or is capable of mimicking quickly you dont need to have the best application, ask Facebook/imvu and others.
On the other hand, try to create a unique email client or web browser and you must perform like no other. no one will notice you with a good vibe if you dont.

Every rehearsal you change some thing and optimize but you are not likely aware of how lacking of energy your drummer is in the first half of the show.

band members have their own role in the same way we have in a startup, and we need to be able to monitor the performance in the day to day rehearsals and see if it matches our expectations, there are more bass players and drummers out there then you think, if you think your band can attract a great bass player get your childhood friend either a better matching role or out. look at Genesis, Phil Collins was a great drummer but giving him the microphone was the best decision they ever made.

You are probably a star and this is nice but take the energy and keep ticking, create produce and make more. Be prepared to talk at any occasion and make your story/pitch look like you are talking about it the first time. Band in the beginning are just getting exposed and before you hit national people dont know you and you are fresh to them, be fresh not sharpened. Same go to startup leading, its nice to appear in media and it does give an ego boost, use the boost to move forward not sink to a content state.

You are all friends so its hard to let go of the bass player because he cant hold the bass properly.

In both cases it is hard to let go of a friend but you need to take the band/startup forward. give a man one second chance and then let him go, some people will perform better and if you are looking at a performance issue you may be surprised. if the person is not even listening to you when you ask him to use a fret to pick the bass, no second chance just tell him that you love him but he is not what the band needs, fighting is inevitable but you will save yourself trouble later.

In the situation of a startup you probably have formed some sort of an agreement that makes the release hard but you have to do that.

You think that you are about to change the world

Well you might, but that is not going to happen in the first album, every successful band had the dark b-sides you hear and laugh at. Look for System Of A Down 2 versions of the song Sugar, that eventually brought them in to the big league, The first version is something to laugh at no doubts about it.

So doed your startup venture,  you will always have the first alfa release that every one will laugh at when the product is out. it was a buggy product that has no relevancy to the current one.

You believe your music is unique and your performance is too

You are not unique and your performance draws on some cultural things you grew on, but you been able to pull it off is unique! so be proud and go perform. same goes to startup if you have an idea that you think is unique it is most likely not unique and many other people have thought about it, but you are making it happen! so be proud and go perform.

You need a mentor, a great mentor, this is invaluable and can change your startups success rate. bands and artists fight to be mentored by the bigger fish in the pond and the ones that do have access to many things that give them the unfair advantage like label managers and recording studios, you need an uneven play field so choose your mentor right.
The accessibility to a mentor will come after you have covered some ground and was exposed to the market, remember that you need to appeal to the mentor.
A Good crowd member is needed to adjust the show and fine tune the band (could be the band leader) so get a critique you can trust, some one that is capable of understanding the business and giving you useful critique, this could be your mentor but i think it should be some one from the industry with less prestige to carry show can be more “real” with you, in the bands life it is usually some other band member who knows the intrigues of the performance and is familiar with the bands material from rehearsals, usually another band member that shared a rehearsal studio or performed in the same concerts. Just make sure the guy focuses on the band performance and not the pretty lady next to him.